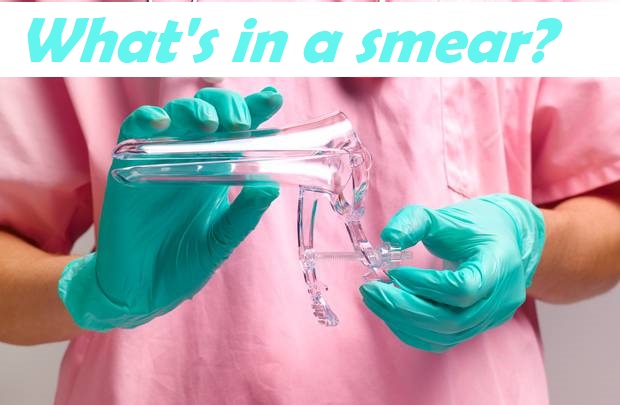 “I knew it had to be you!” my ob/gyn doctor cheerily exclaimed as he walked in to the exam room. “I mean, how many people named Cherijo can there be?”

We shook hands and I smiled back. It felt good to be remembered so happily by someone, especially someone as busy as he was. It had been three years since my last visit, and five years since I first became a patient there. Now I was back.

I was referred to Dr. B in 2014 after some medical tests and exams suggested I had “things” on my ovary and “things” in my uterus. Those things turned out to be a dermoid the size of a football (don’t google dermoid – they are nasty things with hair, eyes and teeth) and polyps in my uterus. Dr. B removed both for me, and he enjoyed my jokes about calling the dermoid “ABE” (alien baby) and general Sigourney Weaver movie references.

I also made jokes about getting Rick-rolled in the follow-up surgery, my pooping challenges, and other things (click here and here for proof).

It wasn’t until after the surgery that I found out that along with the polyps in my uterus, I also had endometrial cancer. The good news was that the surgery was considered curative, and no radiation or chemotherapy was necessary. The bad news, in case there was any doubt, was that I had (past tense) cancer and didn’t know it. Which was also good news.

This time is a little different. I know prior to the surgery that I have carcinomas. That was partly why I was checking in with the ob/gyn. I wanted to make sure the 2 cancers were not metastatic aka related (both were located on the left side of my body in the same area) and that the other ovary was still in working order.

The way to test? A pap smear. Which is a weird thing to think about since pap smears are usually done in the uterus, and I don’t have a uterus anymore. Instead, I have a new vagina that leads to an empty place where my uterus used to be. Anyway, they take a sample from there just to make sure that no new endometrial lining has formed and that no cancer has returned there. All the rest of the exam was normal – the other ovary still looks good, the one cyst on it hasn’t grown at all in the 5 years, the sutures all healed well and there’s no visible abnormalities.

It will be probably a week before I hear back about the smear.

Dr. B laughed as I joked that if it wasn’t for my surgery, I wouldn’t have met SH and gotten married (We started talking online while I was on the couch recovering) and that with the new lady parts, SH almost got a virgin. (I had originally used the term “mint in box,” but Dr. B wasn’t geeky enough to understand.)

Jokingly, Dr. B asked if I had nicknamed the new tumors. It caught me off guard a bit but I smiled softly and chuckled, “Nope, not this time.”

As I drove home, I thought about why. I think it’s because last time, I didn’t know about the cancer. The first time, everything happened within a few weeks – the tests, the diagnosis, the surgery. Bim, bam, boom.

This time it took 3 years and way too many trips to doctors and ERs and medical centers before we found out anything. I know in advance that it is cancer-related, and there are more complications and concerns than before.

So nope, I don’t have a cute name for it this time.

I just hope the smear comes back clear. Y’know, a clear smear. A clear smear is what I want to hear.

See, I can still make jokes. Just no one bring me kidney bean chili.