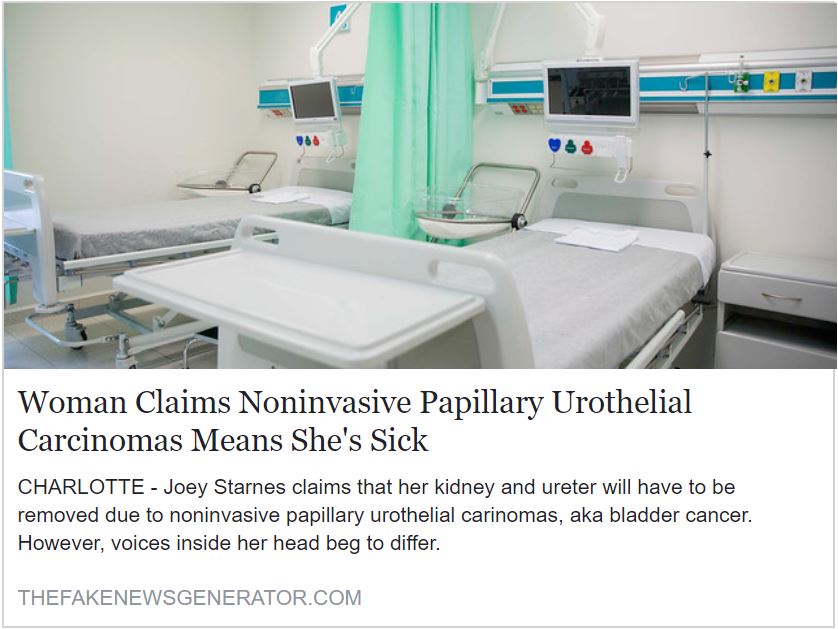 I recently texted to my mom:

“There’s still a part of me that still feels like I must be faking all this kidney stuff even though the pain and prognosis are real. I guess it’s denial? Like OK, I’m done being sick. But then my body says, I don’t think so, buckaroo’ and my side starts hurting or my hand goes numb or I have to rush to the bathroom.“

When you can’t see what’s wrong with you the same way you can see a broken bone, or a cut, or even a runny nose, it’s easy to wonder how real it all is. Sometimes my brain tries to tell me that I’m just imagining my health issues.

Last Saturday, some friends were visiting and I felt fine. Being sick has meant being less social, and I’ve missed it. When they left and the adrenaline rush had worn off, the pain and fatigue came back to the forefront. I was glad I was already in my recliner and could just lay my head back and rest. I had to remind myself that I’m about to have major surgery, and I’m not as healthy as I think.

But the voices, man. They are so mean. They like to flash memories across the movie screen of my mind, of people saying things like, “you act like a big baby” or “you aren’t as bad off as other people” or “you are just being lazy.” I feel like I’m inconveniencing people by being unwell and that maybe I’m purposefully being sick just so I get to shirk my responsibilities.

I still feel like I should be able to just “shake it off” and get on with my life. And in short spurts, I can. When that happens, it’s magical. I love being out and about and acting mostly normal. But sometimes being out in public is when I feel most like an impostor. For example, a well-meaning friend came up to me at a convention recently and said,

“You look so much better than I expected based on your Facebook posts.”

I didn’t know what to do with that.

“Thanks,” I replied, “I guess it’s because I’m wearing make-up?”

Again with the voices telling me I’m just a big faker. I ended up spending most of the next day in my hotel room, throwing up and generally feeling miserable. But of course, I wasn’t inviting people in my hotel room to see me like that. Instead, I felt guilty for not being more sociable.

Sometimes the hardest thing to do when I’m sick is to believe myself. I’m trying to work on that.